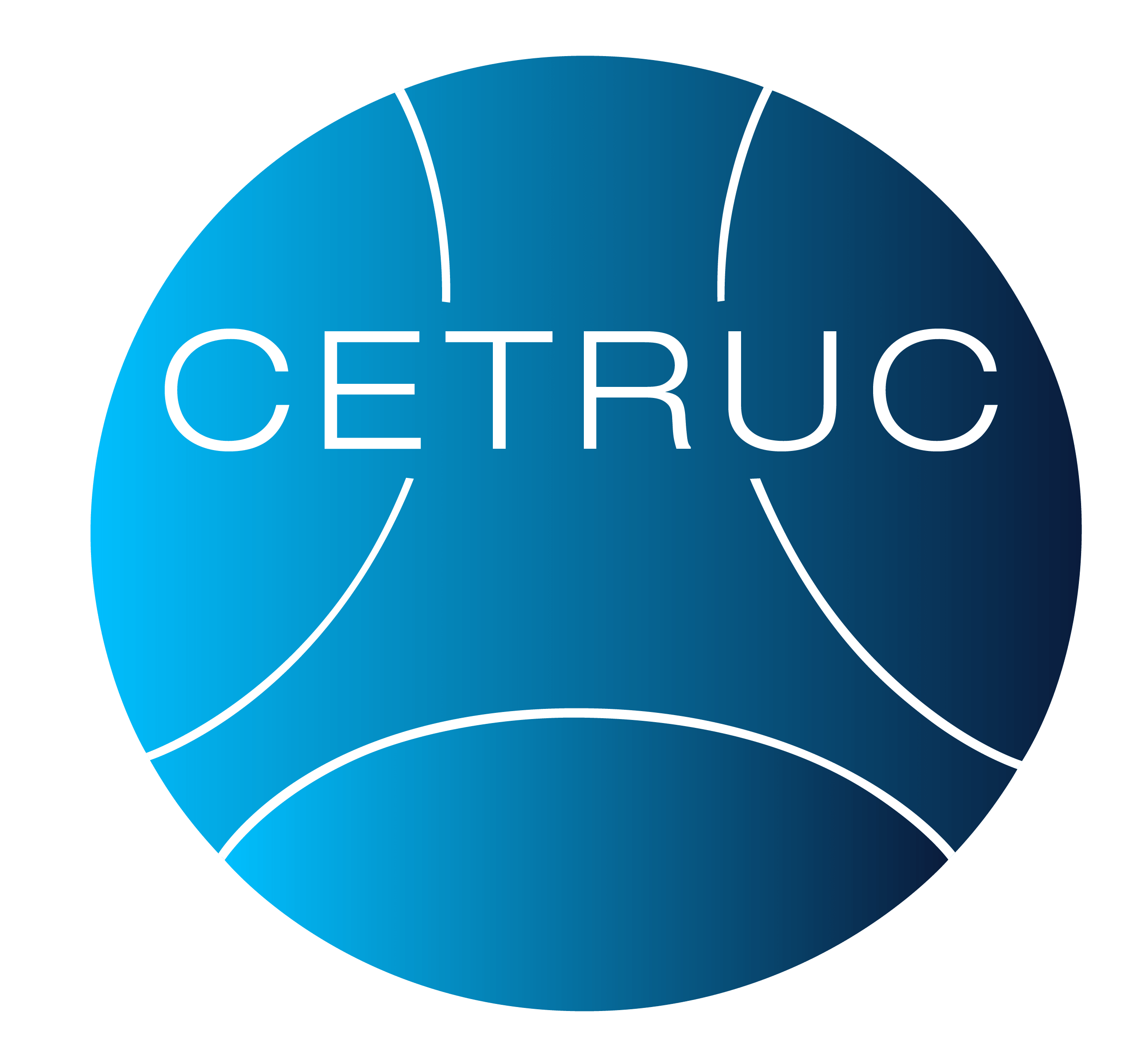 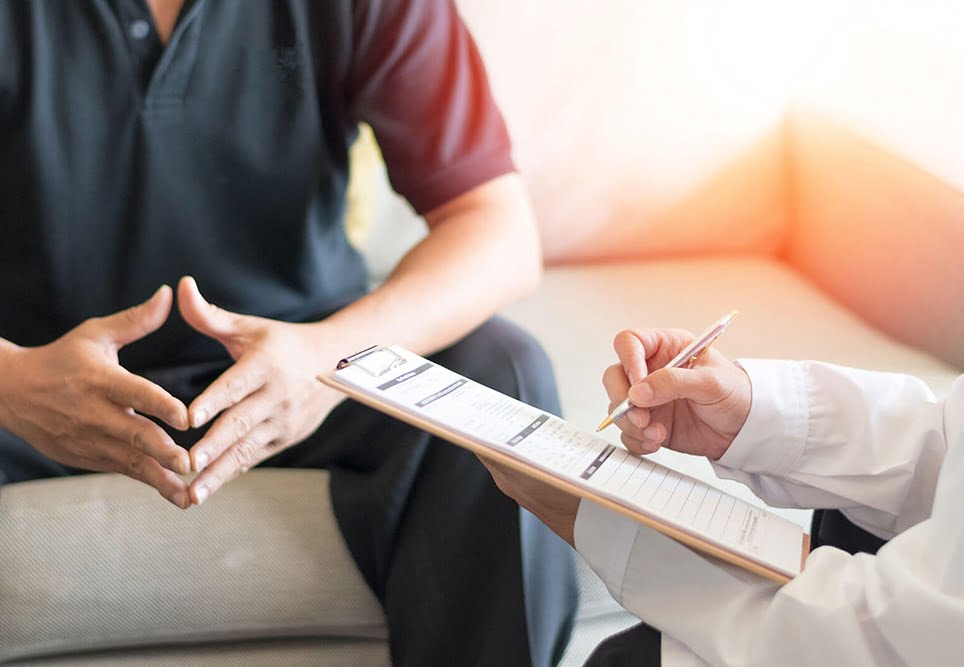 Every year, around 400,000 new cases of prostate cancer appear in Europe and around 90,000 men die. As a result of changes in male behavior and the emergence of new, more innovative treatments, it is now possible to obtain success rates close to 100%, as long as prostate cancer is detected at an early stage.

Early diagnosis and the development of new treatments have dictated a paradigm shift in prostate cancer in the last decade. But, despite all the therapeutic weapons available, in Portugal, mortality is still high: every year around 1800 men die from this tumor.

For Dr. Carlos Rabaça, a graduate assistant in Urology at the Portuguese Institute of Oncology in Coimbra and a doctor at the Cetruc clinic, «is a cancer whose incidence increases with age, particularly after 40 years of age». As such, the concern of specialists is to alert to the importance of diagnosis as early as possible, since prostate cancer is the third deadliest in men, after lung and colorectal cancer.

According to international recommendations, all men, from the age of 50, should have an annual evaluation of their prostate. However, «The appearance of numerous cases of prostate cancer at an increasingly early age leads us to recommend regular surveillance from the age of 40 onwards», explains the urologist.

According with the doctor. Amílcar Sismeiro, director of the Urology Service at the IPO of Coimbra and a urologist at Cetruc, “early diagnosis has allowed us to close the siege to prostate cancer”. It is like? “The evaluation of the prostate is based on three exams”, completes the specialist. «Firstly, through clinical observation, through digital rectal examination, in which the doctor, through palpation of the prostate, is able to detect irregularities or asymmetries on the surface of the gland.» The prostate-specific antigen (PSA) is a tumor marker, which appeared just over two decades ago, which «allows us to suspect the presence of a neoplasm based in the gland», says Amílcar Sismeiro. Specialists also use transrectal ultrasound, an imaging test that «shows the structure of the prostate, making it possible to identify any suspicious lesions, particularly if they are located on the periphery of the gland».

Contrary to popular belief, prostate cancer does not show any signs at an early stage. “There are some men who confuse the symptoms of benign prostatic hyperplasia (BPH), associated with voiding difficulties, with prostate cancer. However, complaints related to the tumor only arise at an advanced stage, in which the disease has already spread to other organs, namely the bones», points out Carlos Rabaça.

According to Amílcar Sismeiro, after PSA, there was a «revolution» in the diagnosis of prostate cancer: «More than 80% of the tumors detected in the last decade are located in the organ, which increases the possibilities of cure.» Until a few years ago, the chances of surviving prostate cancer “were low and the prospects for treatment were merely palliative”, says the urologist.

Although PSA is a “fundamental tool in the early suspicion of cancer, this marker is not 100% reliable”. Therefore, the next step, when there is a suspicion, is to perform a biopsy. «This exam, which consists of the collection of prostate fragments, by ultrasound-guided and transrectal route, is the only one that allows us to confirm, without a shadow of a doubt, the existence of cancer», assures Amílcar Sismeiro.

But, before remedying, men should do regular exams, because only then do they know the state of health of the prostate. «Most cases are detected in routine consultations», confirms urologist Amílcar Sismeiro. This early detection, advances the specialist, «can be decisive in the success of the treatment».

Fighting the tumor, according to Carlos Rabaça, the treatment of prostate cancer depends on the extent of the disease. “Only the localized disease has a cure. When the tumor is disseminated, that is, metastasized, there is no longer any possibility of cure, which does not mean that there is no treatment. In these cases, the therapeutic option falls on hormone therapy, a procedure that controls the disease only between 2 to 4 years, not preventing progression to death», he explains.

When the tumor is in an advanced stage and has spread to other parts of the body, doctors can still use chemotherapy and drugs (bisphosphonates) that help to preserve the bone from metastases.

However, when the tumor is still located only in the prostate, success rates are high.

“Initial tumors are those that are curable, with only three types of curative treatments for prostate cancer”, explains Carlos Rabaça. “The one considered most effective is radical prostatectomy, which consists of the surgical removal of the prostate, with a high survival rate but with two important possible side effects: erectile dysfunction and urinary incontinence. As an alternative to surgery, some patients opt for external radiotherapy, a method with less impairment of sexual function and without repercussions on urinary continence, but with lower cure rates than surgery and not devoid of important and equally disabling side effects, such as radical rectitis. , radical cystitis, or alteration of intestinal transit”.

Also according to Carlos Rabaça, “A third type of treatment was recently introduced, prostatic brachytherapy, a form of interstitial radiotherapy, which consists of introducing radioactive seeds into the prostate under anesthesia)”. Refers to the clinician “This is a method that has shown cure rates comparable to those of radical prostatectomy, in most prostate cancers, but with far fewer side effects, so it is increasingly preferred by patients”. In the USA, for example, it is the most chosen method, being preferred by more than half of patients.

Modern brachytherapy, which appeared just over 15 years ago in the United States of America, has revolutionized the treatment of prostate cancer worldwide. In Paris, in 1903, Pierre Curie discovered the principles of radioactive material and began oncological treatments (birth of brachytherapy). At the beginning of the 1990s, a new exam, transrectal ultrasound (a means of diagnostic imaging), would revolutionize the treatment of prostate cancer, improving the technique, both in the United States of America and in Europe, thus inaugurating the , modern brachytherapy.

This minimally invasive technique has conquered fans from North to South of the country. But, after all, what does brachytherapy consist of?

“This is a procedure that aims to introduce radioactive seeds inside the prostate. This material is placed with the help of needles, in strategic places that delimit the organ. Once inside the prostate gland, the seeds treat the cancer», guarantees Dr. Guy Vieira, radiotherapist at Cetruc, in Coimbra.

“It's a simple intervention that only lasts an hour. After this period of time, as a precaution, the patient remains in recovery, but can be discharged the next day, quickly resuming his daily activity, without restrictions.” The results "obtained with brachytherapy are identical to those of external radiotherapy and radical prostatectomy, but with far fewer side effects on neighboring organs."

– Radical prostatectomy: technique that consists of total removal of the prostate; Despite the high success rate (close to 90 percent), after this intervention, the patient may show symptoms of urinary incontinence (almost universal in the first months, but permanent in 3-10% of patients) or erectile dysfunction (between 50 to 90 percent of patients);

– External radiotherapy: radioactive beams that are emitted over the prostate, lasting about 2 months;

– Brachytherapy: technique from the radiotherapy family, but minimally invasive and that allows an intervention on an outpatient basis, or with a hospital stay of just one day. Success rate similar to radical surgery in most tumors.

– Chemotherapy: treatment indicated for patients whose tumor is at an advanced stage;

– Hormone therapy: administration of drugs that inhibit the action of testosterone (chemical castration); it is a technique used in advanced cancers and is not curative;

– Cryotherapy or localized treatment with high-intensity ultrasound (HIFU): the results of these techniques are controversial and are not considered by the scientific community as first-line forms of treatment.

Our team of nurses and support staff can help answer your questions or assist with arranging your appointment.
REQUEST A CALLBACK

We use cookies on our website to give you the most relevant experience by remembering your preferences and repeat visits. By clicking “Accept All”, you consent to the use of ALL the cookies. However, you may visit "Cookie Settings" to provide a controlled consent
Cookie settingsAccept All
Manage consent

This website uses cookies to improve your experience while you navigate through the website. Out of these, the cookies that are categorized as necessary are stored on your browser as they are essential for the working of basic functionalities of the website. We also use third-party cookies that help us analyze and understand how you use this website. These cookies will be stored in your browser only with your consent. You also have the option to opt-out of these cookies. But opting out of some of these cookies may affect your browsing experience.
Necessary Always Enabled
Necessary cookies are absolutely essential for the website to function properly. These cookies ensure basic functionalities and security features of the website, anonymously.
Functional
Functional cookies help to perform certain functionalities like sharing the content of the website on social media platforms, collect feedbacks, and other third-party features.
Performance
Performance cookies are used to understand and analyze the key performance indexes of the website which helps in delivering a better user experience for the visitors.
Analytics
Analytical cookies are used to understand how visitors interact with the website. These cookies help provide information on metrics the number of visitors, bounce rate, traffic source, etc.
Advertisement
Advertisement cookies are used to provide visitors with relevant ads and marketing campaigns. These cookies track visitors across websites and collect information to provide customized ads.
Others
Other uncategorized cookies are those that are being analyzed and have not been classified into a category as yet.
SAVE & ACCEPT